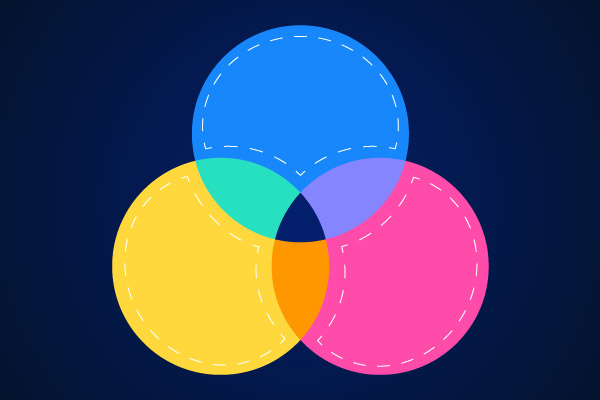 How to Draw a Venn Diagram

Venn diagrams are simple, circle-based graphics that explain the similarities and differences between things. While this may sound elementary, it can be a valuable visual tool for presentations or to introduce a more complex explanation of those differences. They are named after their creator, John Venn, who began using them in 1880.

With Gliffy, it's easy to make a venn diagram online. Get started with a free trial and give it at try >>

How to Draw a Venn Diagram in Gliffy

With Gliffy, there are two ways to draw a venn diagram. But first, you're going to want to make sure you're logged in to Gliffy Online. (Don't worry, it's free to use, and you'll get a free trial of all our premium features when you sign up.)

1. Start With the Venn Diagram Shapes

Immediately when you open Gliffy Online, you're presented with several options for how you'd like to start making a Venn diagram. If you click Venn Diagram, the left panel of the Gliffy editor will pull in a series of drag-and-droppable Venn diagram circles.

2. Drag and Drop the Circles onto the Canvas

Select a circle style from the panel and drag the circles you'll need onto your canvas. Editing these shapes is easy — just click on a shape to pull up your options. Then, you can use the text tool to create labels for each circle. This is great for simple Venn diagrams, so you might be done at this step!

3. Use a Venn Diagram Template

Consider one of our pre-loaded venn diagram templates your backup plan. To open a template, click File > New, then Create from a Template. This will allow you to browse all Gliffy's templates and edit an existing diagram rather than drawing your own.

When it comes to templates, read on for a few examples of what you can create using Gliffy. 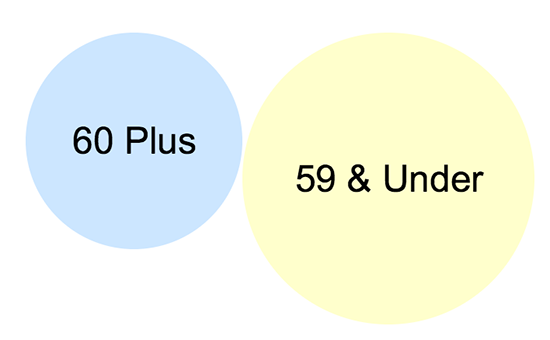 Separate set venn diagrams are good for comparing two distinct sets of things that do not overlap. This type of venn diagram is valuable for showing the different sizes or magnitudes of the two things you're measuring.

For example, if you are creating a presentation and want to show how many people at your company are within 5 years of retirement age, you'd scale each demographic group according to its size. If the number of people under 59 is twice as large as the number of people over 59, you'd make their circle approximately twice the size in diameter. 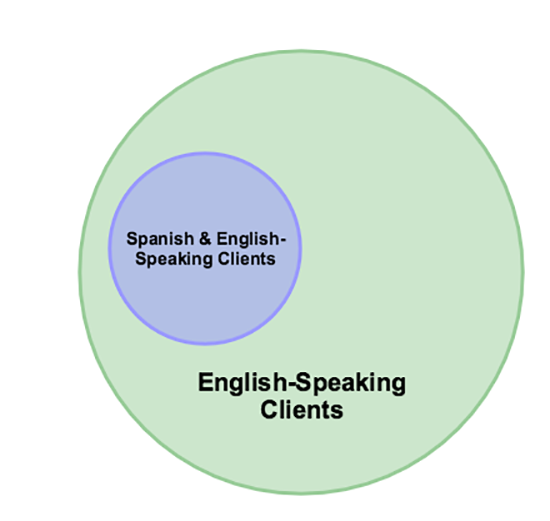 Subset venn diagrams show that all members of a smaller group share something in common with all members of a larger group. For example, this could help you identify what portion of your employees are bilingual. This is another opportunity to show the size of each group by scaling the circles appropriately. 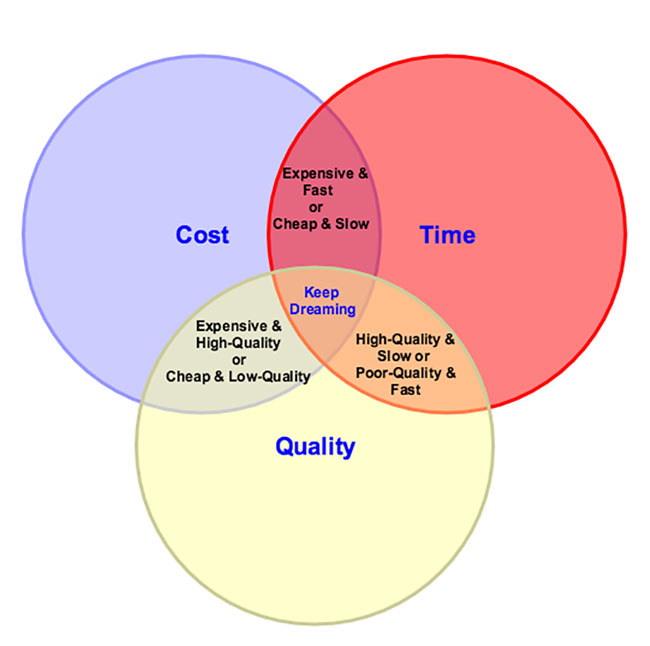 If you need to see the differences and commonalities between several sets of things, an intersecting Venn diagram is for you. The common project management notion of Cheap, Fast and Good (or Cost, Time and Quality) makes for a great real-world example. The idea is that you can have any two of the three, but never all three attributes at once. If you want high quality it’s either going to cost you time or money. If you want something done fast it will cost more. You will never be able to get something that’s fast, cheap and good.

To create an intersecting Venn diagram, draw three circles that overlap in the middle. You’ll be able to show which attributes are unique to each circle, which overlap between two, and which are common characteristics of all three groups. 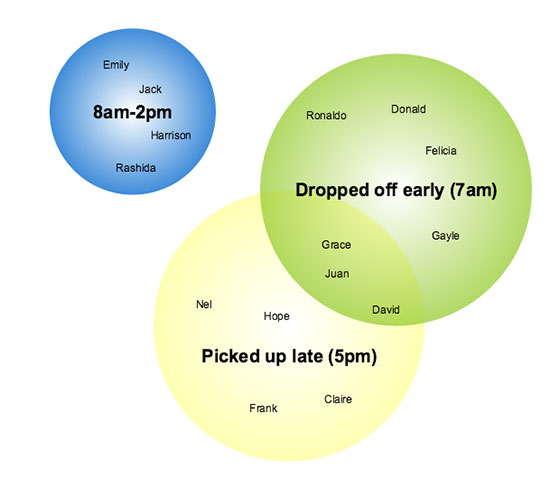 Finally, you can create Venn Diagrams that are a blend of several of the above.

As you can see, Venn diagrams are easy to create and can quickly explain complicated ideas. Just choose a Venn diagram template in Gliffy and you're off!