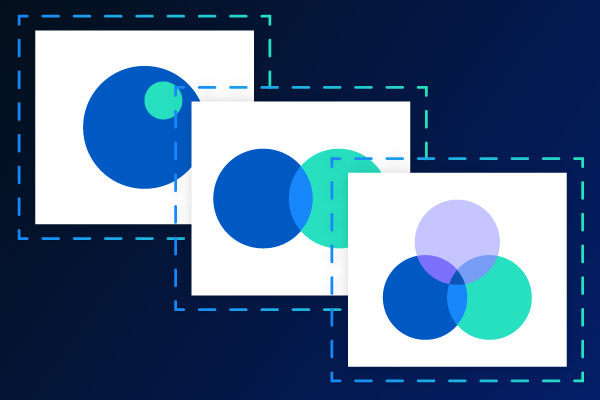 What is a Venn Diagram?

A Venn diagram is made to easily show the similarities and differences between two or more things. You can use a Venn diagram to show shared characteristics between two sets of data, or you could use it for something less complicated, like which students in class want chocolate ice cream, vanilla ice cream, or one scoop of each.

They're also part of a type of diagrams called Euler diagrams. The key difference is that Euler diagrams don't require that the circles representing your data overlap.

Before you learn how to draw a Venn diagram, it's nice to know what format to use. Read on for an explanation of different types and examples of Venn diagrams, then simply click to launch the template you want to use.

If your two sets don’t overlap, then what you’ve got is a two-set Euler diagram: 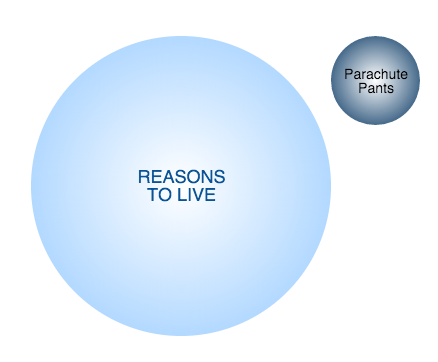 If one set completely encompasses the other, it’s both a Venn and a Euler diagram: 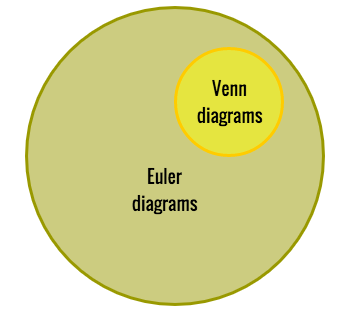 A tri Venn diagram — in which all sets have some overlap with each other — starts to get more complicated. You end up with seven distinct sections, including the center, which covers the union of all three sets: 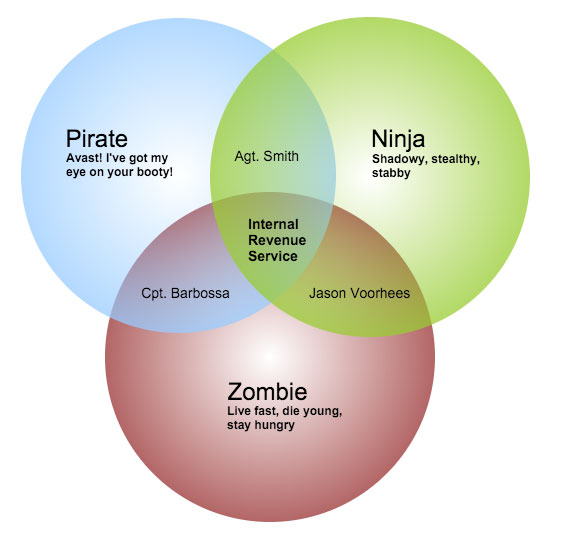 A three-set Euler diagram might include a non-overlapping set, which means this is not a tri Venn diagram: 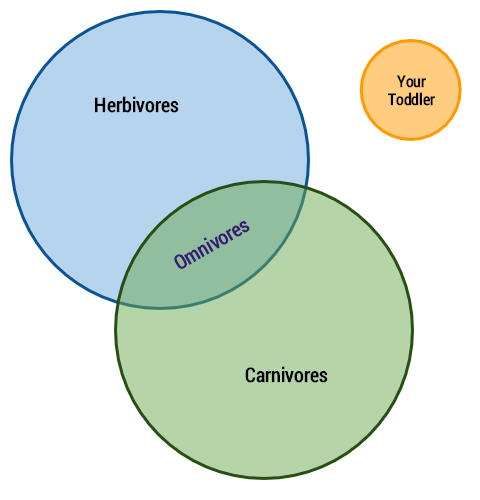 And three-set Euler diagrams might also have one nested set: 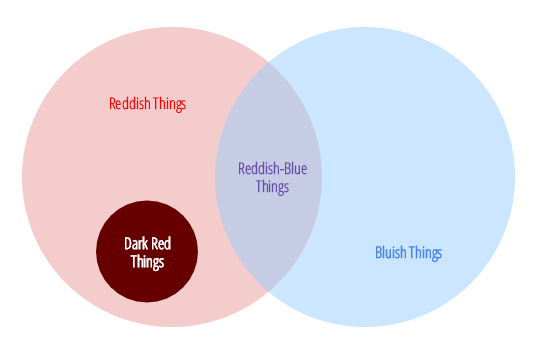 This isn’t a Venn diagram because two of the sets have no overlap (Bluish Things & Dark Red Things).

When you ramp up to four sets and you want to make a Venn diagram, circles no longer cut it. You’ll need to either use ovals to ensure all sets overlap or overlay a tri Venn diagram with a curve. These are the only practical two-dimensional ways to depict four sets that show the union of all sets in all combinations. 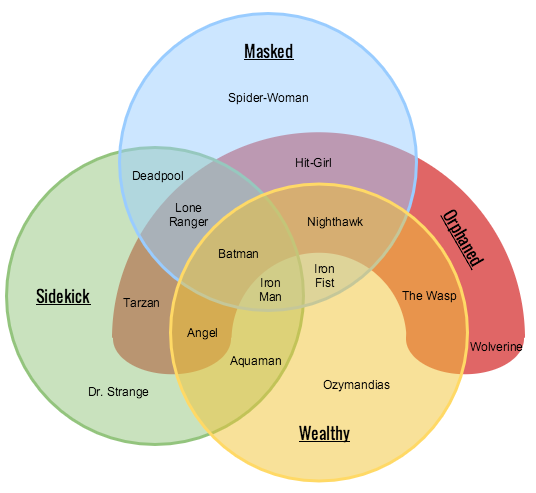 Any four-set diagram that uses circles will be a Euler diagram since circles won't show the union between every pair of sets.

Five-set Venn diagrams also require the use of ovals or you'll need to overlay a three-set Venn with a recursive curve. Either way, you're pushing the boundaries of what can be clearly depicted in two dimensions. 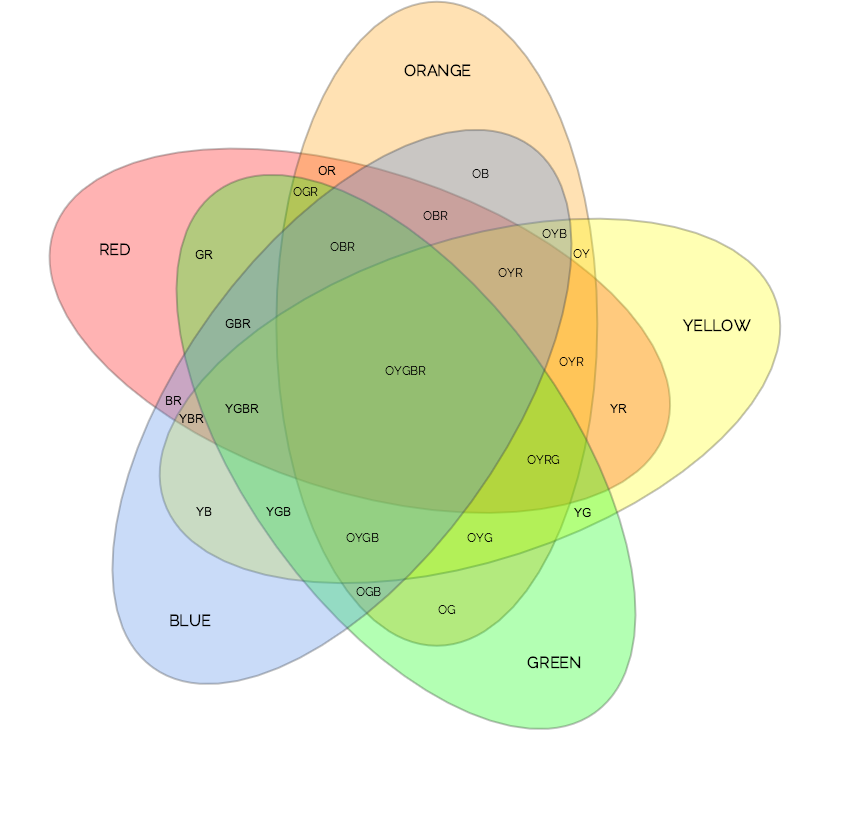 If you’re not limited to constructing Venn diagrams, making Euler diagrams with large numbers of sets is straightforward. These would be accomplished by stringing multiple two-set diagrams together.

Building a Venn Diagram in Gliffy

Ready to give our diagramming software a try? We have tons of tools to make diagramming easy for businesses, designers, and software engineers. Get started with a free trial today.